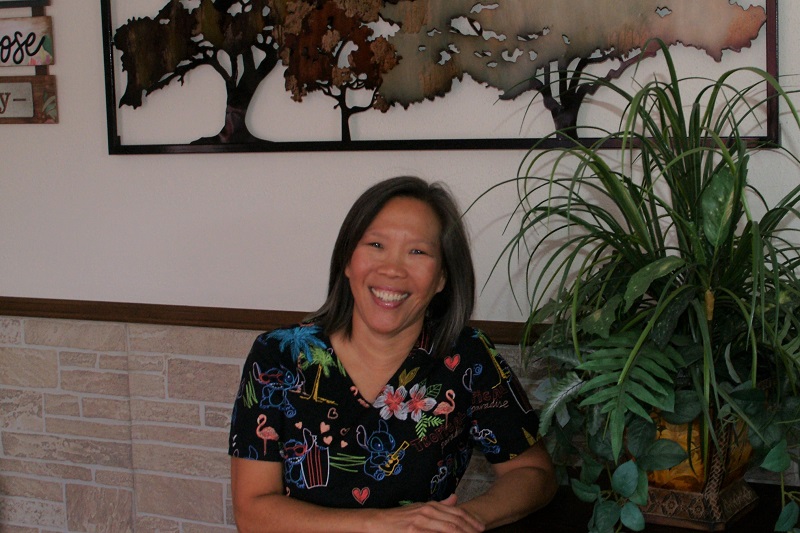 Dr. Fox graduated from Texas A&M University in 1987. In 1991, she received her D.D.S. degree when she graduated from the University of Texas Health Science Center at San Antonio Dental School. Following graduation, she immediately joined the Air Force and was stationed at Wilford Hall Medical Center at Lackland Air Force Base, Texas. Subsequent assignments during her 20-year military career include Misawa Air Base, Japan; Hickam Air Force Base, Hawaii; Charleston Air Force Base, South Carolina; and a six month deployment to Iraq.

Her final assignment brought her full circle back to Lackland, here in San Antonio. She retired from the Air Force in 2011 and became a team member in 2012. Dr. Fox loves to make patients feel welcome and comfortable during their dental visits. Through exchanging stories on family and life adventures, she makes a connection with patients and is able to put them at ease during procedures. She is a member of the San Antonio Dental District Society, the Texas Dental Association, and the American Dental Association.

Dr. Fox and her husband got married in 2006 and became a blended family. Now that all seven of their children have graduated from high school, things are a little calmer on the home front. Four of their seven children have been successfully launched on their own and the other three are in college. In her spare time, she enjoys reading, watching Aggie football, and hanging out with family and friends. 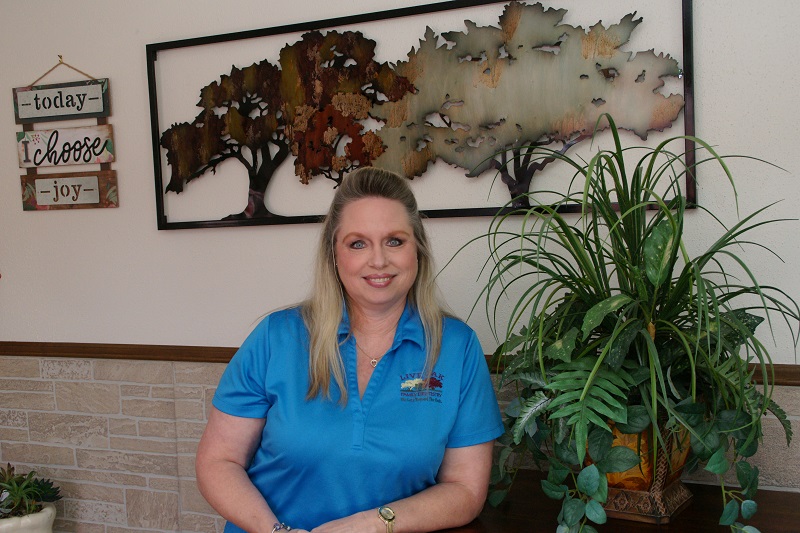 Lisa has the distinction of being part of the team for 35 years. She spent the first 29 years assisting chairside and is now our Office Manager. She is a natural at putting patients’ needs at the top of her priority list, along with making them feel like they’re part of our dental family. She has brought great enthusiasm to her new role knowing that she is now able help patients even more. For these reasons, we call her “The Queen Bee.”

A hometown girl, she graduated from Judson High School and has been married to her best friend for 30 years. Their two children are both grown and away pursuing their dreams.  One is in Switzerland studying for his masters degree in music. The other is currently working at Yellowstone and plans to become a park ranger.  In her spare time, she enjoys SHOPPING, hunting, some fishing, and hanging out with family and friends. 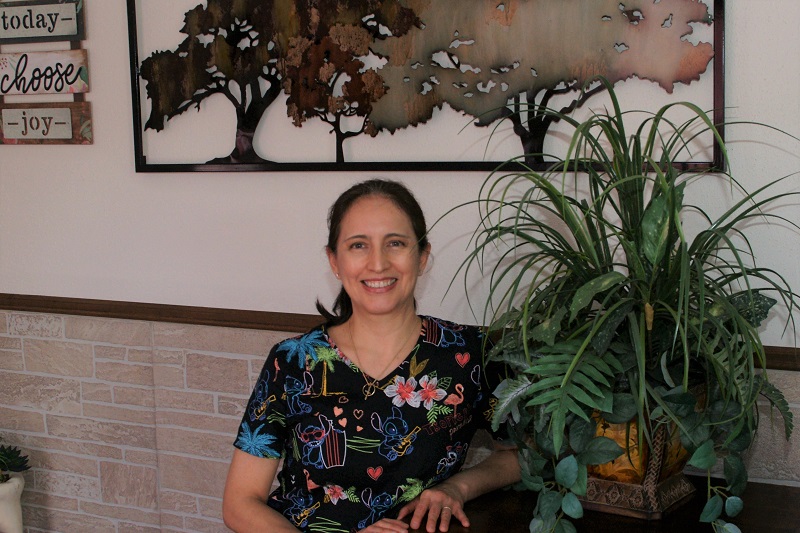 Zoila had been a dental assistant for 12 years when she decided to switch gears and go to hygiene school. She earned her Dental Hygiene degree from the University of Texas Health Science Center in San Antonio (UTHSCSA) in 2001. In 2002, she joined our team and has been providing superior care to patients of all ages ever since. With her gentle touch, she puts patients at ease while ensuring their comfort. Her bilingual abilities also help our Spanish speaking patients feel even more at ease. Dedicated to helping patients achieve the best oral health possible, she never hesitates to take the time to answer any questions that you might have. Zoila is a proud mom with one son and three very spoiled dogs. 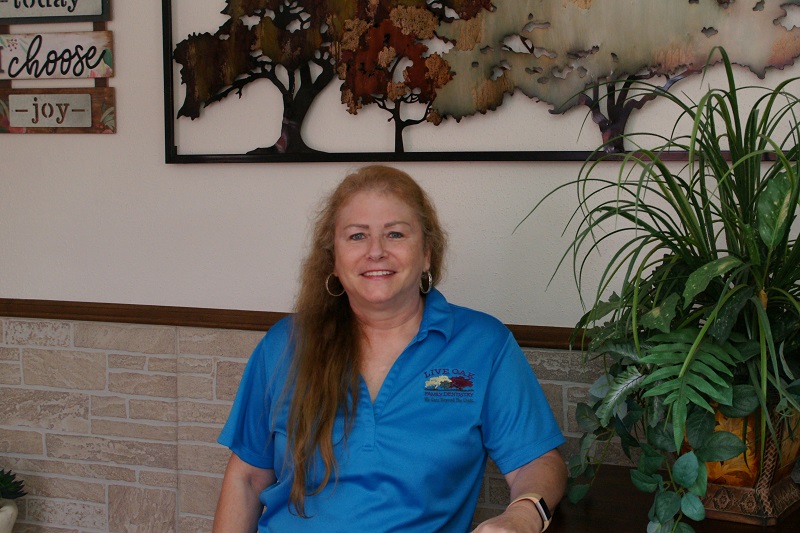 Tricia has been a team member for seven years, but she’s been in the dental field for 32 years. Her dental roots began when she served as a dental assistant in the Navy for three years. A true people person, Tricia enjoys her role as Patient Coordinator, being the first and last person that patients encounter during their visit. Whether by sharing a laugh or two, or by using her expertise to demystify the insurance process, she’s always able to put a little cheer in their day. For her husband’s final military move in 1997, the Air Force brought them to San Antonio where they’ve been ever since. They’ve been married for 32 years and they have two grown children and two grandbabies.  In her spare time, she enjoys reading, bowling, and being with family and friends. 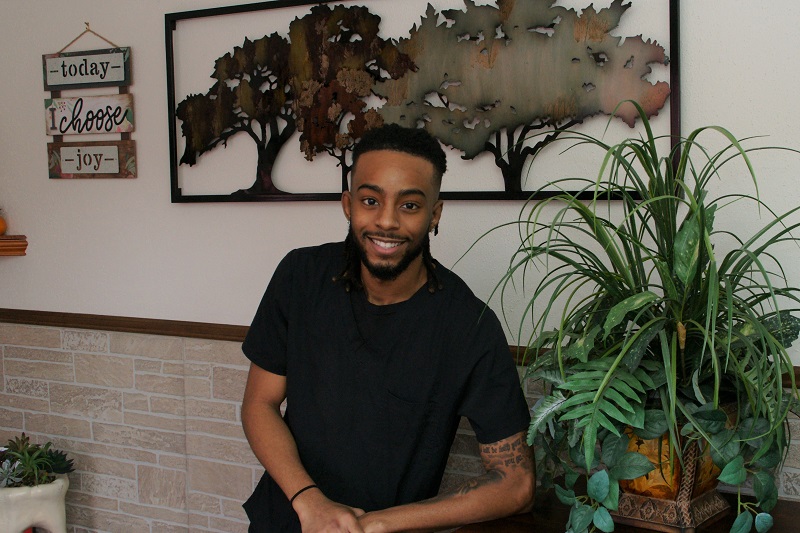 Born in Oklahoma City, Josh grew up following his mom around in the Air Force. He has lived in several different places and even spent three years in Germany. Fortunately for us, their travels eventually brought him to San Antonio which he now considers home. Josh was drawn to the dental field because he likes helping people and he believes that everyone deserves to have a healthy smile that they can be proud of. His quiet, calming demeanor quickly puts patients at ease when they are in the dental chair. Serving patients as a dental assistant is just the beginning of his career. He plans to become either a hygienist or a dentist in the future. In his spare time, Josh enjoys going to the gym, playing basketball, and spending time with family and friends.